Why we should treat every day like Earth Day 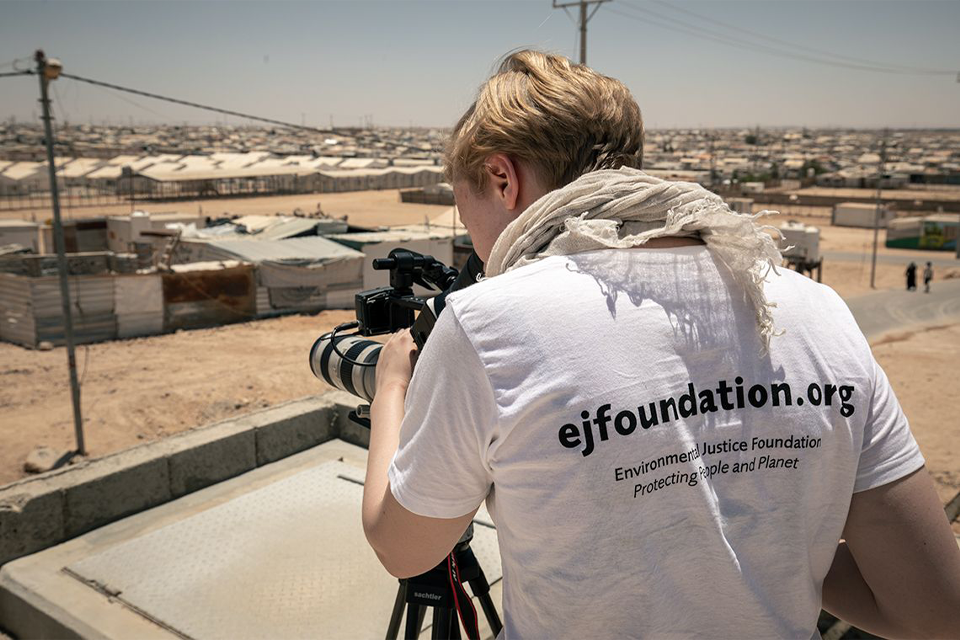 Why we should treat every day like Earth Day

In Depth with Environmental Justice Foundation

With the twin crises of climate and biodiversity deepening, it’s now more important than ever that we stand up for our earth. For Earth Day this year, we talked to our partner, Environmental Justice Foundation (EJF), about how they’re working every day for a better future for our planet and its people.

Q: Tell us more about your organization and its mission.

A: At EJF we center our work around a simple, powerful concept: we all depend on the natural environment for our livelihoods and well-being, and environmental security is a fundamental human right.

We work with, and for, those on the frontlines of environmental destruction to investigate, document, and expose environmental and human rights abuses. We train local communities and grassroots partners in the latest video technologies, and research and advocacy skills so they’re equipped to document problems and find solutions. And we go directly to the governments and businesses across the world to fight for lasting change.

Q: What has EJF been up to since becoming a Foundation partner just over a year ago?

A: We have worked on investigations to expose environmental injustice around the world. Our most recent film and report used testimonies, satellite tracking, and government data to reveal the environmental destruction and human rights abuse that is rife aboard China’s distant water fishing fleet.

As the impacts of the climate crisis increasingly became felt around the world, we launched our Climate Manifesto as a call to action and a plan for a safe and sustainable future. This brings together our long experience of working with people on the frontlines of the climate crisis and scientific research to create a clear roadmap of measures that can be taken by governments today to achieve a just, zero-carbon world.

Ahead of the climate conference COP26 last November in Glasgow, we released You Will See Who Gets the Lifeboats, a report focusing on climate injustice in the U.S., and No Shelter from the Storm, which reveals that legal protections for climate refugees are rare, ad-hoc, and ineffective. This failing in legal protection will likely leave many vulnerable groups at risk, and the report highlighted the urgent need for an international legal agreement to protect climate refugees.

During this time, we‘ve also grown our program of training and support for environmental defenders, working with local NGOs, community groups, Indigenous peoples, journalists, and activists around the world. By building capacity like this, we are helping to drive systemic change and durable reforms—across political transitions, economic shocks, and time. We have also been growing our in-house team, expanding our capacity for investigations, and powerful storytelling— ultimately effecting lasting impact.

Q: Tell us about EJF’s participation in COP26.

A: Our experience in COP26 was marked by both inspiration and disappointment. Throughout the conference, we worked with young activists, policymakers, the media, NGOs, and leaders to demand action and to amplify the voices of those without a seat at the table. We sponsored six young climate activists to attend the conference and interviewed them along with other climate activists for our ‘Voices missing from COP’ series, sharing their powerful messages with the world.

But the loopholes and hedging that emerged from COP26 negotiating rooms were nothing short of a betrayal of the people already enduring the worst impacts of climate breakdown.

Leaders at COP26 failed to commit to any new funds for ‘loss and damage’—a term that references the devastation caused by global heating to lives, livelihoods, and infrastructure. This is environmental injustice, and yet the developed world continues to ignore its responsibilities and the vast debt it owes the developing world.

Just this month, the latest IPCC report once again confirmed the urgency with which we need to act. The science showed: it is now or never. Decisive action on climate is not a cost; it’s an investment, not just in our future, but in our survival.

Q: What else is top of mind for EJF?

A: We are taking our momentum from COP26 into this year by planning further climate investigations and campaigns around the world. Soon, we will release our report on climate inequalities, which reveals the unjust effects the climate crisis has on low-income and marginalized groups. We are also researching a new report on how the climate crisis drives vulnerability to human trafficking.

In Sub-Saharan Africa, we are running investigations into climate, conflict, and displacement to shed light on the plight of climate refugees. Finally, our ‘blue carbon’ campaign (protecting the carbon captured and stored by marine life) is developing fast, and we will be engaging the UN Framework Convention on Climate Change and the G7 to catalyze movement towards protecting ocean environments.

Q: What can people do this Earth Day to show their support and make a difference?

A: This Earth Day (and every day!), people can show their support by taking action where they can and putting pressure on leaders to make meaningful, durable, and just change. Whether this be by attending a climate march, donating to a grassroots campaign, eating less meat, or picking up a book on environmental justice, there are a million ways we can start changing our world for the better.

You can also donate directly to our Environmental Defenders campaign, which supports a group of grassroots activists who are working to protect Brazil’s Pantanal wetland. And for this week only (April 22-29), your donation will be doubled by the Green Match Fund. 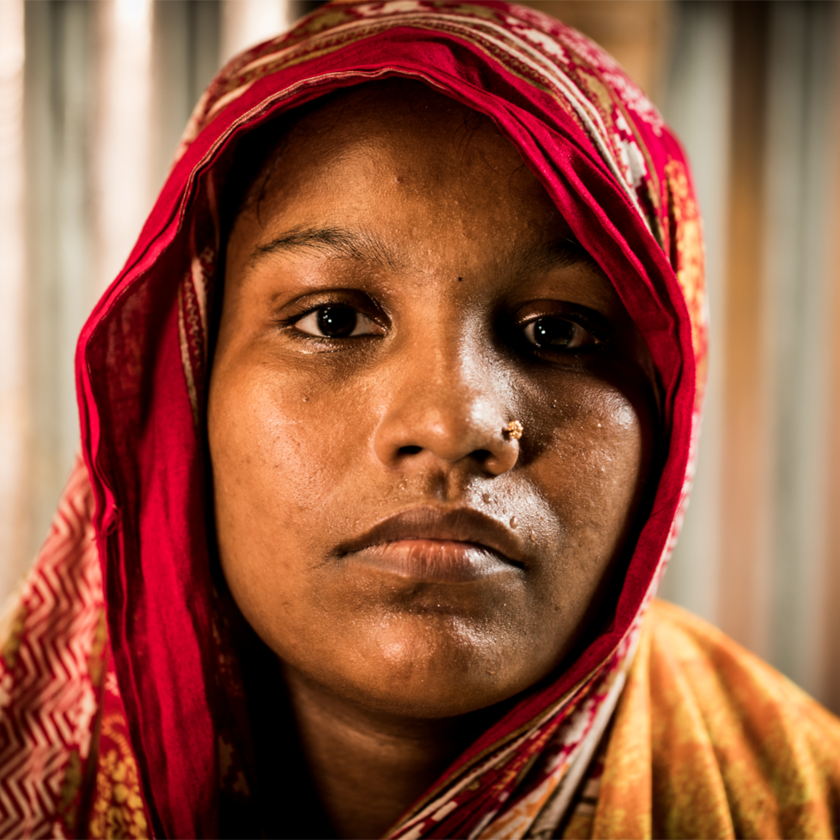 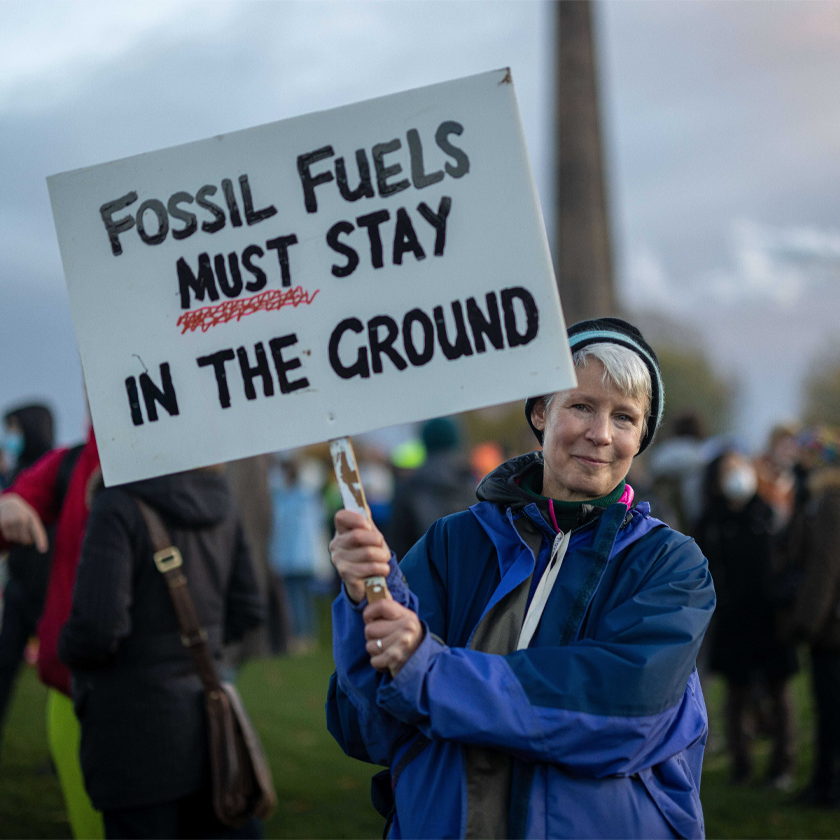